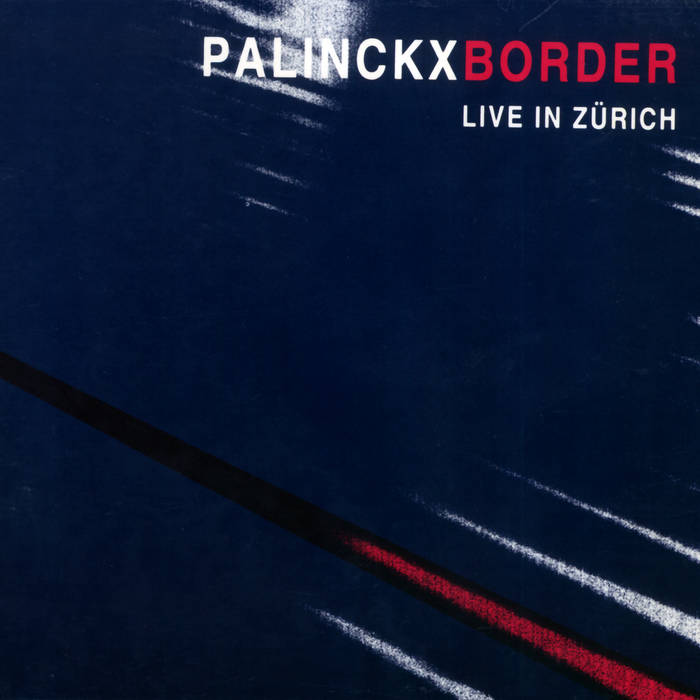 Recorded live in April 1995 at the Taktlos Festival in Zürich, Border is the last album by what many consider to be the "classic" or best Palinckx lineup: Jacques Palinckx (guitar), Bert Palinckx (double bass), Cor Fuhler (keyboards), Joost Buis (trombone), and Jim Meneses (drums). The set list on Border includes some of the best material from The Naked Girls From Tilburg ("Tra 8A," "Jingles 2000") and The Psychedelic Years ("Phase Two: Pink Floyd," a demented cover of "Astronomy Domine"), all very different from the previously available versions, and lots of new material. As usual, Palinckx delivers technically challenging experimental rock oscillating between contemporary minimalism, free-form psychedelia, punk brutality, and conceptual stupidity (just listen to "Introduction" or the aptly titled "Stupid"). Quotes from about every musical icon from the Northern Hemisphere pop up in the most unlikely places. Highlights include the brutal yet complex "Lemmy 1" (a reference to heavy metal group Motorhead), an instrumental version of "Phase Two (STRNMBKDMNY)" (retitled "Phase Two: Pink Floyd"), the 14-minute "Border" (which moves from death metal to minimalism), and the hilarious "Spock Sings, Kirk Dies" (a cover of the Star Trek theme Hawaiian style!). Border: Live in Zürich makes a very convincing document of the exhilarating, funny, and very confusing shows Palinckx performed during the mid-'90s.